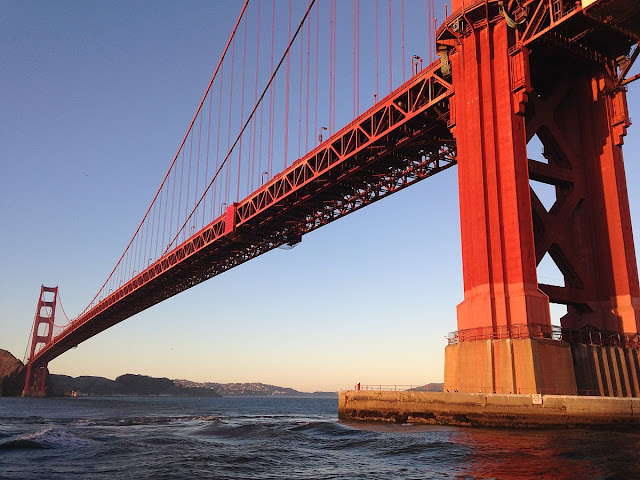 There is nothing in this world more important that the people around us and the relationships we have with them. However, life often has a way of distracting us from the things that matter most. My job is an interesting one as I am paid to be a relationship in young peoples lives; some who heartbreakingly don’t have many, if any, other safe relationships. I remember one morning getting a phone call for one such young woman whom I had worked with years before.

“Hi Sean, I’m not sure if you remember me...”- of course I remembered her. I remembered a 15-year-old girl who reluctantly slinked into a chair in the corner of my office with a fixed and unflinching gaze at the ground in front of her. The rhythm of my breath shuddered slightly as she described disappointment in still being alive. A few nights prior to being ushered into my office she had attempted to end her life in moment of intense internal pain and loneliness.
“Sean- I know your busy but I was wondering if you have some time to answer some questions I have...”- of course I had time. I had spent months slowly walking home from work and retracing every moment she was in my office. I had agonized over whether or not I was doing enough to help her. The thought of her young life ending because I was not skilled enough or had neglected a better course of action had chewed at me.
“I’m just finishing up my last year of my undergraduate degree at University and I’m wondering if you have any advice on graduate programs so I can do what you do...” After suggesting she consider a more lucrative career path- she went on to note that she believed I was responsible for saving her life. I felt like a fraud in that moment as I recall not having a great deal of success with many of the therapeutic approaches suggested or attempted. I asked her what she felt I did that was most helpful.
“You listened... you saw me” she said.
It was so simple. There really is nothing more important than to feel seen or heard by those who are important to you. This young woman was not unique in this basic universal need. I have spent over a decade now studying advanced intervention for suicide risk and sat with thousands of young people who have considered ending their lives to relieve some manifestation of overwhelming pain. In this time it remains abundantly clear that people need people- people like you!
Kevin Hines was another glaring example of this simple truth. Kevin is part of the one percent of the nearly 2000 people who have jumped from the Goldengate Bridge to survive. On a balmy San Francisco morning he walked a across the tourist and commuter packed structure and with tears streaming down his face told himself that if even one person demonstrated any evidence of compassion he would not jump. No one did and propelled by the agony of emerging complex mental health concerns he launched over the rail. On his way to the center of that bridge he believes he walked past hundreds of people and no one stopped. I don't blame or judge those that didn't stop- rather- I want to become the person that would stop.
Today, September 10th, is World Suicide Prevention Day and in lieu of ribbons, memes, or special Facebook profile picture filters that really compliment your rad duck face, I propose we do something real. I propose today that you be that person that sees and hears a young person in your life. Don’t just tell them you care. Rather, show them you care by sitting with them and genuinely attending to what is going on in their life. Don’t act like you care- actively try to care and imagine what the world might look like through their eyes.
A recent study by Kids Help Phone found that 22% of young people consider suicide in any given year. That is a little more than one in five and about four in every classroom. The brains of adolescence allow them to experience the world with a vibrancy and intensity that as an adult I find nauseating to be around at times but desperately try to reclaim at others. This same vibrancy and intensity can make the world feel like a devastatingly lonely place to an extent that adults rarely do. All it may take to help a child feeling suffocated in that darkness is for you to be the light; for you  see them, hear them, and connect!
If you are concerned about anyone you know- please ask them if they have thought about suicide. I use the very forward “have you had thoughts of killing yourself?” and recommend this language for its clarity and lack of inherent bias or judgement. For those who may feel ashamed of these thoughts- a gentler “you have seemed really overwhelmed lately. I’m wondering if during some of those times when you are overwhelmed if you have had thoughts you might not normally have- thoughts about killing yourself?”
It’s okay to feel terrified if someone answers that they have had these thoughts. We care about them and the thought of losing them is something that is okay to be frightened of.  In our haste to help however, do not rush to fixing their problems. Rather, strive to sit with them and understand them. Don’t tell them suicide is stupid or selfish. It isn’t. It is one way to end pain and we want to show them there are others. We can only do this if we see them and if they feel seen. By being a person who sees and hears another person you are saving lives and making them better. 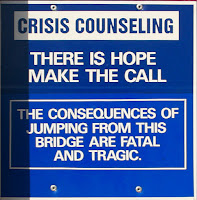 If you are concerned that someone in your life is at risk of suicide connect them to important lifesaving services in their area like Child and Youth Mental Health offered free through the BC Government. Other resources include Crisis Textline through Kids Help Phone which offers free 24 hour crisis text support to youth through texting the word “Connect” to 686868 or suicideprevention.ca. One app that I really like and have used professionally with children and youth struggling with suicidal thoughts is My3 which is available on the app store. If you think that risk is severe- take them to your local hospital or contact emergency services.